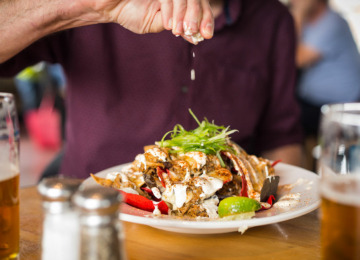 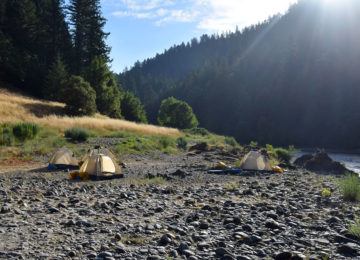 Fires and rafting on the Rogue and Klamath Rivers CURRENTLY: Running trips and having a great time. Because of wildfires in the area, we continue to monitor the air quality in the Rogue Valley and will keep customers aware of any changes that would affect rafting… Read More 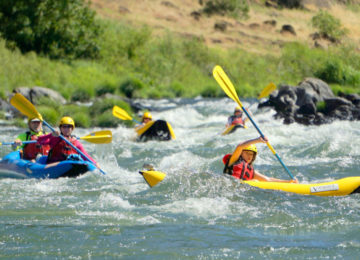 Most Endangered Rivers: Smith and Rogue

“Something will have gone out of us as a people if we ever let the remaining wilderness be destroyed… We simply need that wild country available to us, even if we never do more than drive to its edge and look in.” ― Wallace Stegner, The Sound of… Read More

On Saturday, February 7th, three of us pushed off from Almeda on the Rogue River and headed downstream. Four and a half hours later we were at Foster Bar. Here’s what I remember. Thank you to Roger Goth, Aaron Stone, and Erik Weiseth for providing great beta before we pushed… Read More

Beyond Whitewater and Dollars: Experiences that Change Our Lives

What will change my life? In business it is easy to get caught up in numbers and dollar signs – your salary, gross sales, and margins are figures that show the “value” of what you are doing and the “score” of your business. But numbers don’t always tell the full… Read More

First Friday event tonight: join Rogue Climate﻿ for a poster party at Indigo Creek Outfitters﻿ (130 A Street 2B) in preparation for Clean Energy Day (May 4th). Stop by between 4:30 and 8:00 p.m. to design your poster. Read More

Disconnecting to Reconnect with What’s Important

Salmon Ceremony on the Rogue River

Check out this really cool segment by Oregon Public Broadcasting about Salmon Ceremonies along the Rogue River in Gold Hill. The ceremonies take place near the ending of our half-day Rogue River rafting trips and for those of you who have joined us, you may… Read More

With the prime rafting season in the rearview mirror, the crew at Indigo Creek Outfitters took a few minutes to jot down some favorite moments and memories of the 2013 season. Thank you to everyone who has joined us thus far in 2013. We still have trips going out and… Read More

“Rapid Repeaters” and the Upper Klamath in Video

Now offering special rates for Rapid Repeaters. Become a Rapid Repeater and Get More Waves for Your Buck Get a taste of whitewater on the Nugget-Powerhouse stretch of the Rogue River and then try the Full-Day Upper Klamath. How to… Read More

Small group, private rafting trips are now available for all of our trips. We all need a breath of fresh air, and you’ll find it in Southern Oregon. Enjoy your own river trip with just you, your family, and Indigo Creek guides.