Step Into A World Of Mystery At The Oregon Vortex 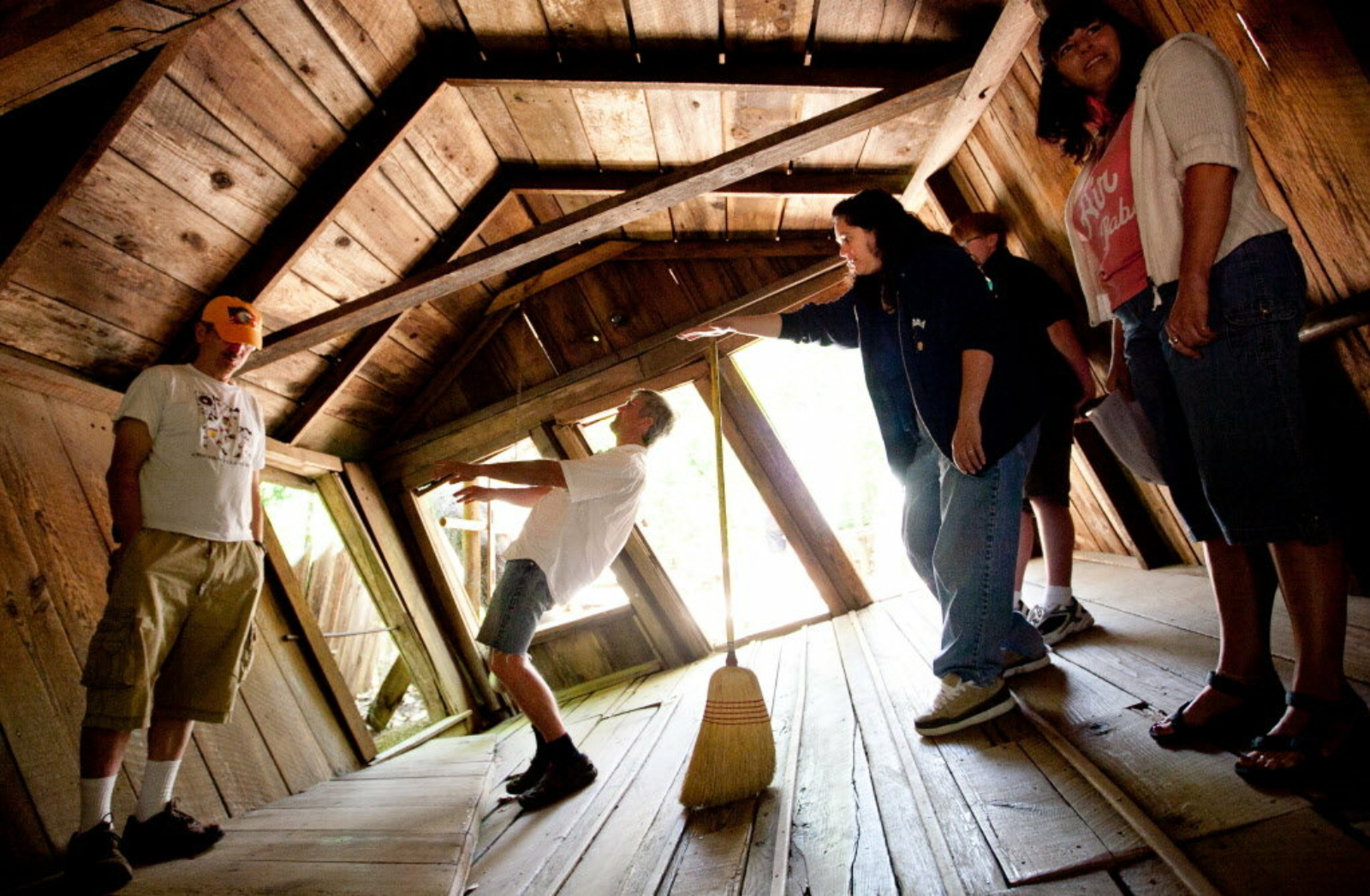 Did you know a gateway to another world — where the strange and unusual are commonplace — lies in the heart of Southern Oregon?

If you desire to experience weird and fascinating phenomena, then you must visit The Oregon Vortex in Gold Hill. You’ll leave in a state of wonder and amazement.

The House of Mystery was originally an assay office that tested the purity of precious metals. It was built by the Old Grey Eagle Mining Company in 1904. But the history of The Oregon Vortex dates back to the time of the Native Americans. Their horses would not enter the affected area, so the Native Americans called it the “Forbidden Ground.”

Many years before The House of Mystery was built, people had already noticed unusual things happening. But it wasn’t until later in the 20th century that people started to scientifically analyze the disturbances.

John Litster — a geologist, mining engineer and physicist — conducted thousands of experiments within the Vortex until he died in 1959. He developed the area in the early 1920’s and opened it to the public in 1930. Over the course of many years, Litster compiled pictures, diagrams, illustrations and other data relating to The Oregon Vortex. That information is available to modern-day visitors.

What Is The Oregon Vortex?

A “vortex” is a whirlpool of force, especially one where there’s a strong force of suction. The Oregon Vortex is a spherical field of force, positioned half above the ground and half below it.

When you visit The Oregon Vortex, there’s no place in the circle where you will stand straight up. In fact, visitors will usually assume a posture that inclines toward magnetic north. The corona of The Vortex, as well as the minor vortices, are among the phenomena you will observe and experience.

The Oregon Vortex is currently offering private reservations to the general public, although walk-up tours aren’t available at this time. Visit their Eventbrite page to reserve your tour!

There’s also a discount for pre-arranged group tours of 15 or more paid admissions. Groups must be scheduled at least two weeks in advance to use the discount.

While there’s much to see in Southern Oregon, you will experience the inexplicable, strange and curious when you visit The Oregon Vortex. When you arrive, suspend your beliefs, leave the world you knew behind, and experience something truly unbelievable.