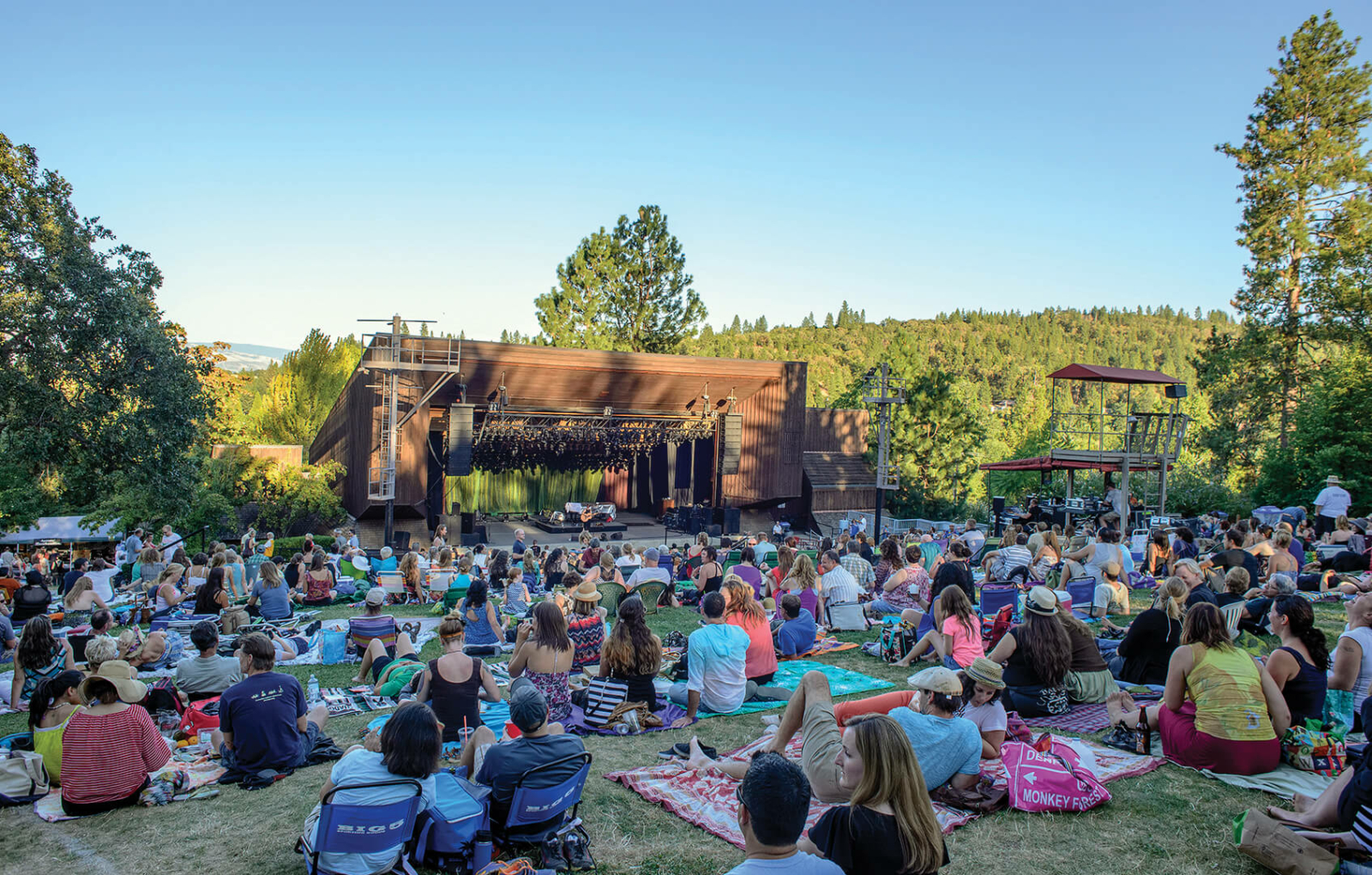 Published on September 22, 2021
By Rebecca Scott

There’s nothing more thrilling than an outdoor music performance. The boom of the music, dancing with friends, singing along to your favorite songs, or relaxing on the hill and enjoying local food and drinks.

The Britt Festival is a Southern Oregon staple, and something that locals and visitors love. The festival draws many famous performers and showcases a variety of musical genres. If you love music or are seeking a fun gathering with friends, peruse the festival’s shows and get your tickets to a fabulous performance.

The Britt Festival has a long history, starting when Portland conductor John Trudeau and his friend Sam McKinney visited Southern Oregon because they wanted to start a local music festival. During their trip, they quickly noticed the former hillside estate of Jacksonville pioneer Peter Britt was perfect because of its acoustics. Combined with the gorgeous views of the Rogue Valley, they decided the hillside was the best site to hold outdoor concerts.

In 1963, volunteers built a stage of plywood and strung up tin-can lights. A small chamber orchestra was assembled and the region’s first summer outdoor music festival was born.

For many years, the Festival only offered classical music performances until the pavilion was built in 1978. In 2014, Britt added the Performance Garden — a second stage used for pre-concert music and talks, children’s concerts, and special events. Three customized commercial kitchens were added during a concessions building remodel in 2017, allowing Britt to offer food from local restaurants.

End the Summer with Music

While the Britt Festival summer season is drawing to a close, there’s still time to attend the remaining shows.

The last show of the 2021 season is on October 7th, and features Shakey Graves Was Here. Artist Sierra Ferrell will open the show with her spellbinding voice and songs which are not bound by genre and era. It will certainly be an amazing performance to cap off a great season.

Even if you don’t get a chance to attend the Britt Festival this year, make your plans for next summer’s music series.

Music brings people together. It arouses memories of youthful adventures, times with friends, and certain people in our lives. The Britt Festival has the best performers year after year and is a must-do when you visit Southern Oregon. So whether you attend the last performance of 2021 or plan for 2022, you’ll have a fabulous time.