This Friday, February 1st, is the monthly “First Friday Artwalk” in downtown Ashland, Oregon. Indigo Creek Outfitters will have photography by Tysun McMullan on display at their Rafting Center, located at 130 ‘A’ Street. Tysun, who lives in Wofford Heights, California, is a photographer for Southern California’s Kern River Outfitters, a whitewater rafting company that runs trips on the Lower, Upper, and Forks of the Kern River.

Tysun began his photography career at an early age, shooting for local newspapers around his hometown in Pacific Palisades, CA. He landed his first cover shot at 17 and had a one-man gallery show at 19. After high school Tysun attended film school where he studied cinematography and editing.

Soon after graduating from college he became Director of Photography and Cameraman for many films and television shows including “Behind the Music,” and the award winning short, “La Rev De La Mer.” He went on to become an accomplished Avid television editor and filmmaker working for MTV in Los Angeles for ten years. He was Senior Editor and cinematographer for “Making the Video,” a successful documentary show on MTV that ran for 6 years. He was appointed lead editor for “Homewrecker” and edited several episodes of “Punked” and “Pimp my Ride.” 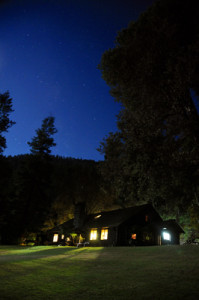 In 2010, Tysun joined Idaho River Journeys for a six-day trip down the Middle Fork of the Salmon. In 2012 he made the trek to Southern Oregon to photograph a four-day Rogue River Journeys trip. The photos that will be on display are from each of these two trips. Information about the Middle Fork of the Salmon and Rogue River will also be available.

Learn more about Tysun and his work by visiting his website at www.PhotoTy.com.