Team Indigo is comprised of guides, drivers, and a customer/trip support crew who love what they do. We strive to provide exceptional customer service, to run polished and expectation-shattering adventures, and love – absolutely love – sharing our amazing neighborhood rivers with locals and travelers alike.

As your host, our varied backgrounds and experiences, personalities, stories, and aspirations will form the backbone of your visit to our wild rivers. While many of our guests may join us simply for the thrill of whitewater or to take in the sights, it has always been the people – our staff, your family, friends, and new friends – that bring all of us back for another trip. 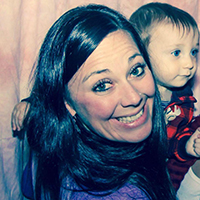 Julie worked at Southern Oregon University as an Academic Advisor for nine years prior to joining Indigo Creek Outfitters. When she’s not helping guests plan their rafting trips, she stays busy as a mom to Emma, Carson, and Elijah. Read more about Julie, Will, their family, and the story behind Indigo Creek. 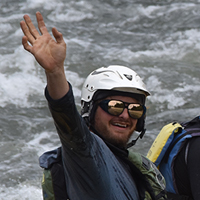 Beekeeper, gardener, builder, mechanic, and river guide – Aaron has a knack for growing, building, and fixing things. When he’s not on the river he might be found with his honey bees, under his truck, or maybe even kayaking a local river. 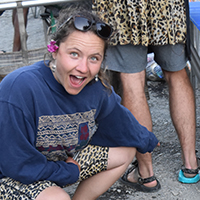 Addie spends her summers rafting white water, and coaches skiing during the winters. She regularly demonstrates her refined skills as a chef, and river guide, on the lower Rogue River on multi-day trips. 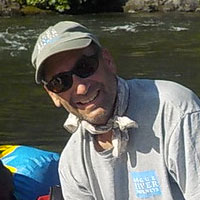 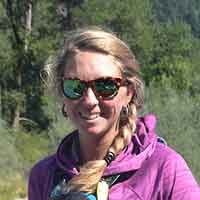 Jill’s been in the Rogue Valley for quite some time and loves sharing our awesome rivers with visitors and locals alike. She’s a teacher and fills in her summer break with time on the river. While Jill mainly runs trips on the Wild & Scenic Rogue, she eagerly chases opportunities to run boats down Nugget Falls on the Rogue Valley Rapid Run. 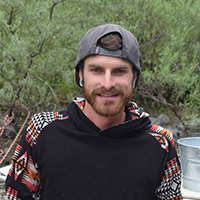 Beginning his journey in Colorado, Ian has since made home in many places across the globe during his extensive travels. During the off season, he devotes much of his time to honing his skills as an artist. 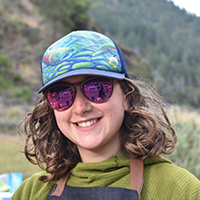 Taylor began her guiding career on the Eagle River in Colorado. This year, she returns to Indigo Creek Outfitters to guide both day and multi-day trips. During the off season, Taylor works with at-risk youth in Central Oregon. 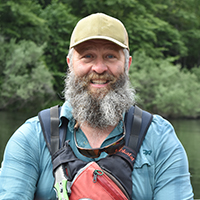 Retired from a career with the US Coast Guard, Brian now works as a real estate agent river guide. He began his career as a river guide on the Trinity River. Over many years of perfecting the craft, Brian has become widely regarded for his mastery of Tarpology. 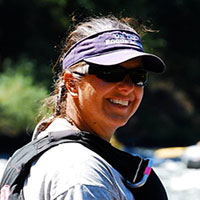 When not rafting rivers, Katherine spends her days protecting them. She works for the Waterkeeper Alliance, a non-profit focused on clean water. She has been guiding multi-day river trips on the Rogue River for the past 15 years. 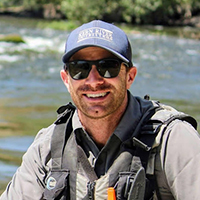 Matt operates Kern River Outfitters in Southern Oregon. When the Kern rafting season ends, Matt heads to Oregon to help out with the Rogue River rafting season. He finishes the rafting season in Idaho before returning to Southern California for the winter. 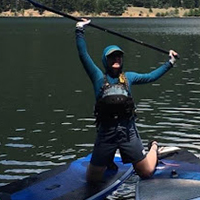 Hometown: Ashland, Oregon
Southern Oregon University
Heather spends her summers on the water and winters on the mountain. Heather is our primary company photographer as well as one of our drivers. In her spare time, she walks her dog, Mizuki. 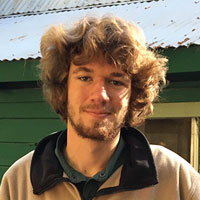 Daniel had spent a majority of his life in the heart of Silicon Valley until moving to Ashland for college. The change of skyscrapers to mountains was one that he loved, and now he spends as much time outside as he can. When not on the river, he enjoys spending his time rock climbing, mountain biking, backpacking and playing the tuba. 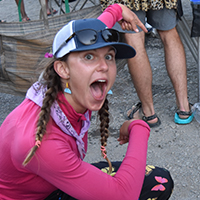 Born and raised along the Northern California coast, in 2020 Angelica traded her crab fishing captains hat for a river guide helmet and began working on the Rogue River. During the winter she eddies out at UC Santa Barbara and spends her evenings chowing down at Freebirds. 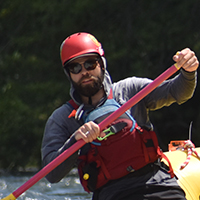 Hometown: Talent, Oregon
Montana State University
Hailing from Montana, Kyle is an avid fly fisher who is constantly seeking the flash of an upstream salmon. He spends the off season working as a middle school teacher. 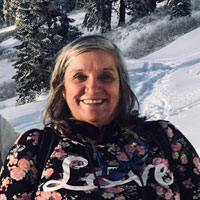 For over 20 years, Arden has navigated her way down Southern Oregon’s rivers and mountains. During the summer months you can find her on the Rogue or Klamath, or perhaps on a motorcycle road trip with her husband, Roger. Arden loves water in all forms and spends her winters teaching ski school at Mt. Ashland Ski Area. 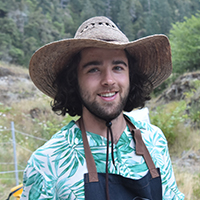 A recent graduate of University of Oregon, Asher spends a lot of his time on rivers throughout Oregon and Idaho. His exceptional skills as a raft guide have granted him the childhood nickname Asher McBoat-Face. 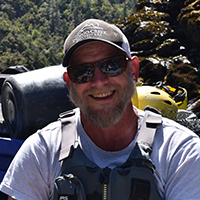 Chris is a longtime guide, musician, and all-round adventurer. Once guiding across the globe, Chris now lives and works in Grants Pass. We have put forth extensive efforts to drag him from his corporate office to return to full-time guiding. 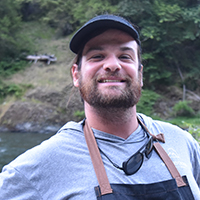 When not on the river, Kaya takes flight. Inspired by “Top Gun” and “Maverick,” Kaya is pursuing a pilot license. During the winter, you may find Kaya throwing sick loops and spins off the world-renowned Mt. Ashland Ski Area terrain park jumps and rails. 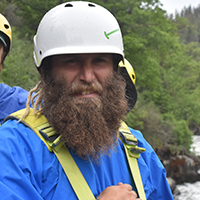 Residing in Grants Pass, Micah spends the majority of the rafting season on the numerous surrounding rivers. During the off season, Micah can be found exploring new rivers, building wooden paddles, and hosting the podcast “Back at the Boathouse.” 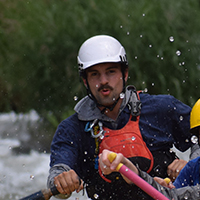 Much like the first settlers to the Rogue Valley, Miles set forth upon an arduous and dusty trail to Oregon in search of whitewater and glory. With his hometown river – Southern California’s Kern – reduced to a trickle, it was time to bid farewell and seek out Oregon’s lush and green river canyons. When he’s not on the river, he is likely to be attempting to charge his truck batteries, which are shot and will not a hold a charge. Lacking the sophisticated taste that develops from strength and sandwich acumen, Miles insists the childish dill pickle is superior to Bread and Butter. Miles has a mustache. 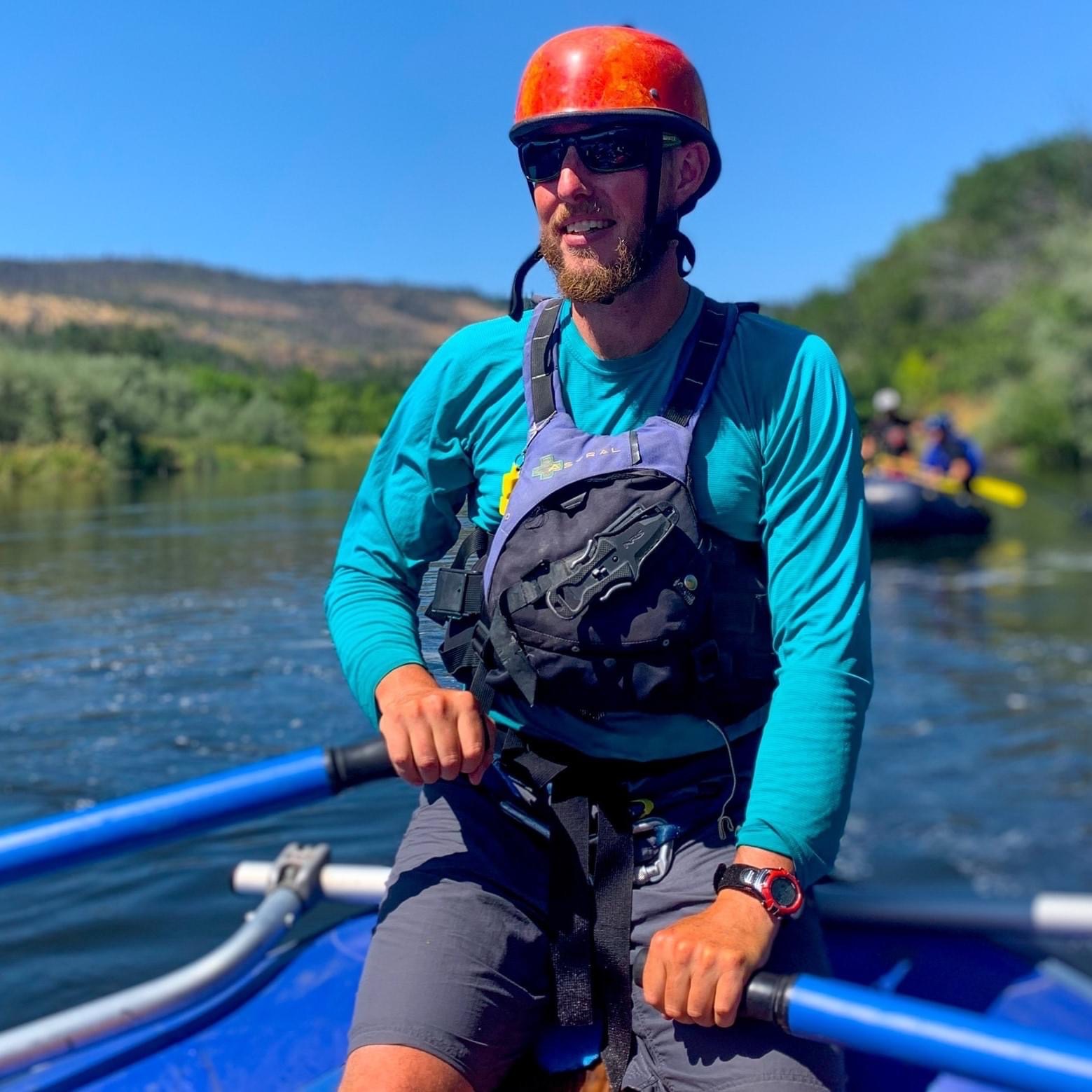 Author, storyteller, gymnast, horticulturalist, teacher, farmer, and river guide – Mike does it all. His new property in Williams has given him a clean slate to plant trees and garden. Whether it’s in a raft or in the classroom, Mike is someone you can count on for quick wit and subpar jokes. 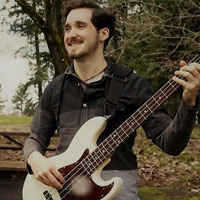 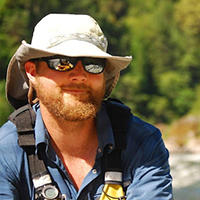 One of our original guides, Willie has been with indigo Creek Outfitters since 2011. He grew up in Roseburg, Oregon before moving to the Rogue Valley, where he would serve as the director for Southern Oregon University’s Outdoor Program.

An all-round explorer, Dan has a particular love for rivers, lakes, and all bodies of water. Dan serves as our primary Upper Klamath shuttle driver, though he is widely known for his research on electromagnetic vortices. 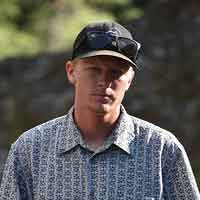 Having grown up in the Rogue Valley, Adlar couldn’t resist a return to his stomping grounds and the nearby rivers. He’s spent the last few years in Bend, Oregon going to school and working on the nearby Deschutes. 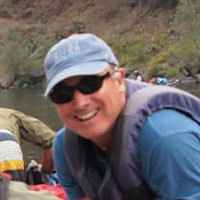 Jim worked as an owner/manager of Rogue River Journeys for 27 years before starting a second career in education. He is now the Executive Director of Humboldt Live. He still loves guiding and makes it out to the Rogue River for a few trips every summer. 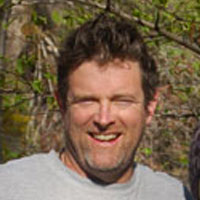 Scott lived in Grants Pass, Oregon before relocating to the Sacramento area where he worked for the BLM on the American River. While in Grants Pass, he worked on the Rogue in the summer and fall for our sister company, Rogue River Journeys. In 2017, Scott made his return to guiding on the Rogue. 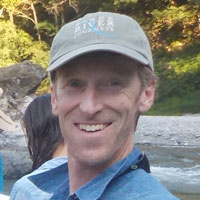 Off the river, Ross serves as the first-ever sustainability and communications manager for the City of Mercer Island, just east of Seattle. He got his start in rafting on the desert rivers of the Southwest, while living in Moab, Utah decades ago and working for a science school. Ross firmly believes in the wisdom of the Wind in the Willows: “…there is nothing half so much worth doing as simply messing about in boats.” 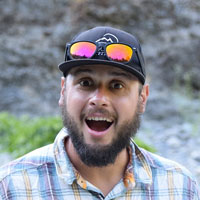 T.J. began his Rogue River journey in 2012 thanks to his wife and former Indigo Creek office manager, Emily Berlant. Since then, he’s dipped an oar or a paddle in the Illinois, Owyhee, North Umpqua, Upper Klamath, and American rivers. When T.J.’s not on the water, he’s playing bass in one of four bands in the region or hiking with his dog Java. 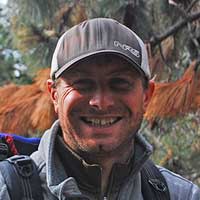 Originally from Inverness Park, California, Will has called Southern Oregon “home” since 2004. Will’s middle brother, Matt, runs Kern River Outfitters in Southern California and his youngest brother, Skip, runs operations for Idaho River Journeys on the Middle Fork of the Salmon. Read more about Will, Julie, their family, and the story behind Indigo Creek.