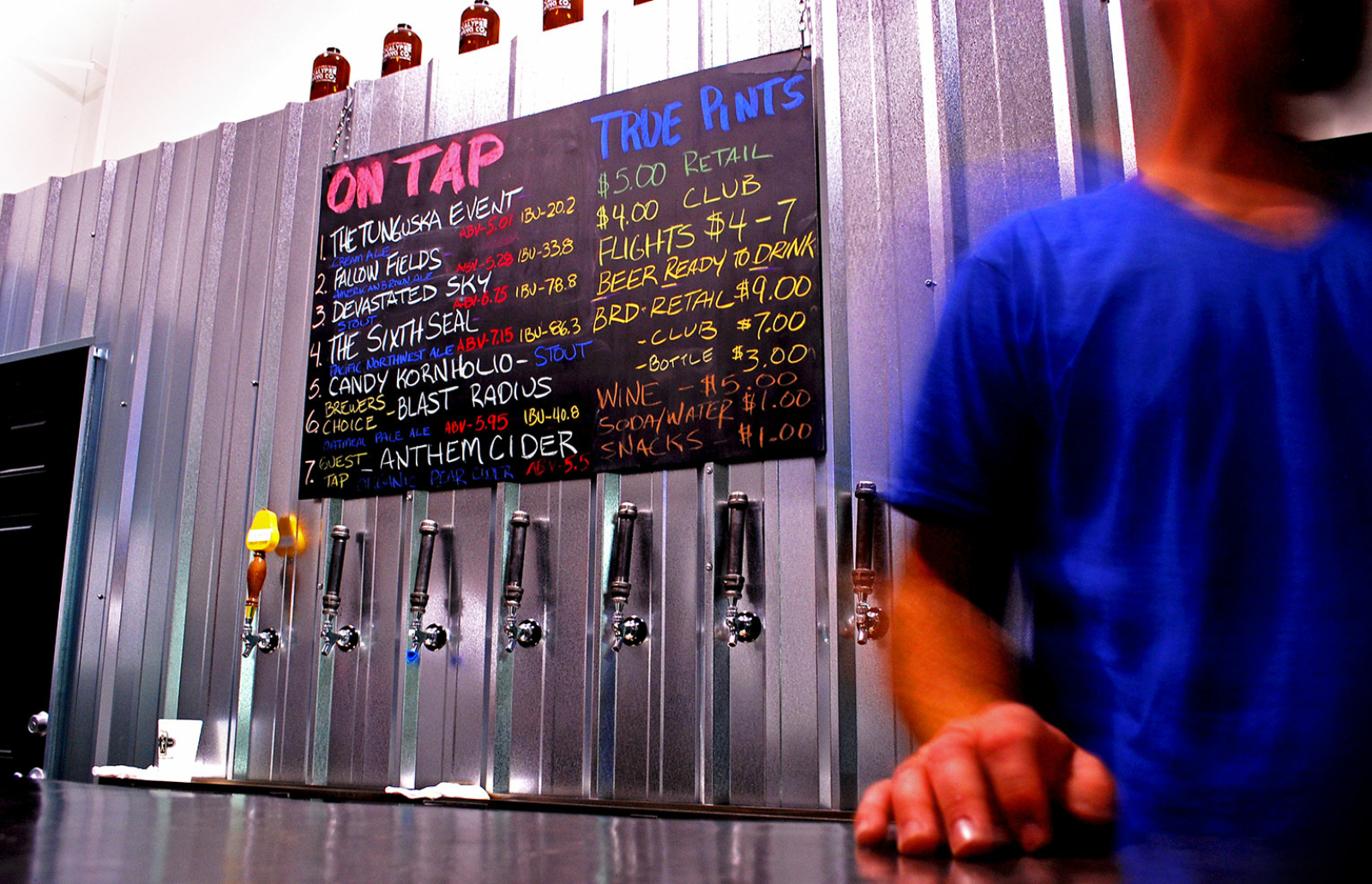 Published on February 11, 2021
By Rebecca Scott

There are many “trails” in Southern Oregon — hiking, biking, and wine tasting to name a few. But one in particular resonates with the river guide in all of us – the Rogue Valley Craft Beer Trail. After a day of whitewater on the Upper Klamath or an afternoon float on the Rogue Valley Rapid Run, a bite to eat and a refreshing, cold pint of local beer may be the perfect way to wind down.

With numerous breweries dotting the Rogue Valley, finding a refreshing after-rafting pint is easy. We’ve checked in with the beer experts – our guides – to compile this list of fantastic breweries worthy of your next visit. After you paddle-five on the river, raise a glass and discover the best libations in Southern Oregon.

Ross Litton, founder of Walkabout Brewing Company, left his native Australia in the late 1980s. After arriving in the Pacific Northwest he began his brewing career at Rogue Brewing Company. Unfortunately, when the Ashland flood of 1997 destroyed the brew site, Ross had to get creative. His innovation led to the birth of Walkabout Brewing. Dedicated to producing well-balanced brews, Walkabout’s flagship beers include Worker’s Pale Ale, Jabberwocky English Strong Ale and Ripper IPA. Walkabout also surprises guests with seasonal lagers and ales. The brewery features a welcoming Tasting Room, but locals love the Walkabout Outback — perfect for outdoor drinking and dining anytime of year. The Outback has a large fire pit and multiple heaters to keep you warm on cold days.

Opposition Brewing believes in great beer made simply, and enjoyed among family and friends. Their taphouse is open, but current restrictions permit to-go beer sales only. They proudly use local ingredients as often as possible, so every sip of their beers has the essence of the Rogue Valley. Opposition also believes in brewing beers without a lot of bells and whistles, and focusing on creating flavorful beers that you will love to drink. They have a delicious beer menu, with favorites such as Blast Radius (a smooth American pale ale), Sixth Seal (a Northwest Pale Ale with strong malt flavors and hops), and Devastated Sky (a dry, deep and robust American Stout). Stop in and try them all!

BricktownE Brewing is a staple in the heart of downtown Medford, located across the street from the historic Craterian Theater. BricktownE brews high quality craft beers and cooks delicious food that they happily serve to visitors and the Southern Oregon community. Their menu boasts brewery favorites such as pizza and salad, the perfect accompaniments to a cold beer. Of course, BricktownE has a great list of beers, including their Blue Collar Cream Ale, Table Rock Red, and Ore-Gunslinger DIPA — the double IPA is a local favorite! They also do keg orders, but require 48 hours notice. So whether you’re craving one beer or an entire keg, BricktownE has you covered. They are currently doing online orders, so visit their website and place your order today.

Portal Brewing is a funky, cozy brewery in downtown Medford. The personality of the owners comes through in every aspect of Portal; from the beer, to the decor, food, and welcoming vibe. Whether it’s your first time or you’re a regular, the owners make you feel at home. They currently have tables set up outside, so you can “people watch” while sipping a cool brew. Portal has 14 tap handles of their own ales, and a delicious menu of food to support their beers. Some of their notable brews are the Donnegal’s Break Oat Stout, Sunset Cream Ale, Buckwheat Blonde Ale, Coconut Nut Brown Ale and Grace O’Malley’s Irish Red Ale. Their tap menu includes a variety of beer types and flavors, so you’re guaranteed to find one you love.

Common Block is located in The Commons of beautiful downtown Medford, where guests enjoy views of the bustling city core. This family friendly brewpub welcomes guests for lunch, dinner, appetizers, dessert and drinks. While their beers are amazing, the food menu has many scrumptious favorites, including fried cheese curds, fish & chips, burgers, wraps and more. Each food item is ready to wash down with a refreshing beer, so grab the drink menu and see what looks good. With numerous brews to choose from, newcomers might try the Tropical Lager, Gold Ray Wheat, or Steep Slope Hazy IPA. Common Block is a welcoming gathering place where guests can eat, drink, and build lifelong memories. They are open for outdoor dining, takeout and delivery.

Standing Stone is a family-owned brewpub located in downtown Ashland. Beer and food are their passions, and they are excited to share their creations with you. Standing Stone not only brews great beer, they also serve amazing farm-to-table food. Standing Stone is open for outdoor dining on the patio or you can place an order for pickup. You don’t want to miss out on one of their woodfired pizzas, soups and other pub fare, which are delicious to nosh on all year long. Right now, they have their Jefferson State Hef, Clifford Imperial Red Ale, Oak St. Amber and Puck’s Porter on tap. All of these are great beers to accompany your meal. Whether it’s brewing, cooking or serving the community, you can feel the love and fun in everything Standing Stone does.

Caldera Brewing Company is an award-winning Ashland brewery, dedicated to producing high quality ales, lagers, sodas and cuisine. Caldera has a long history, creating its first brew in 1997 and selling their first keg later that year. In 2005, Caldera became the first craft brewery on the West Coast to brew and can their own beer. They reached another milestone in 2010, when they broke ground of their new 28,000 square foot facility, brewhouse and restaurant. They had to meet the increasing demand for their amazing craft beers! Some of these incredible beers include the Lawnmower Lager, Ashland Amber and Vanilla Wheat. Depending on which you purchase, they are packaged in 12 ounce cans, 22 ounce bottles, 12 ounce bottles and kegs.

Whether you order “beer takeout” (and food too, of course!) or drink a pint on your favorite brewery’s outdoor patio, it’s always the right time to enjoy a Southern Oregon craft beer.