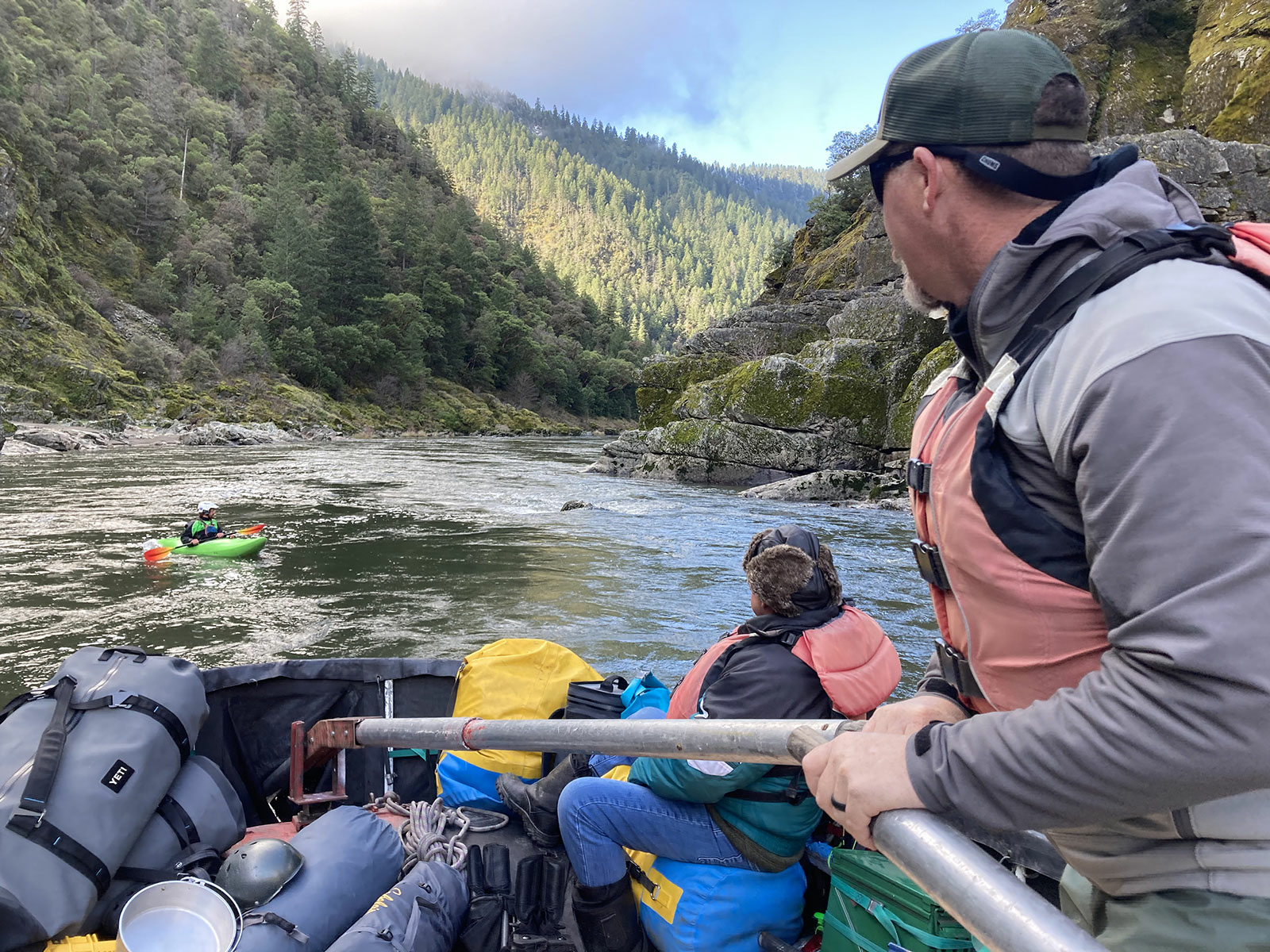 A sweep boat is a large inflatable raft most commonly found in Idaho, and is viewed as the gear boat of choice by most outfitters on the Middle Fork of the Salmon. Just like an oar boat uses oars and a paddle boat uses paddles, the sweep boat driver uses “sweeps” off the bow and stern to steer. At first glance, the sweep boat may appear awkward or cumbersome to maneuver, however after a bit of practice and trial and error (hopefully not too much error), a newbie sweep boat driver will be pleasantly surprised at the boats maneuverability.

While the sweep boat is a common sight in areas like Salmon or Stanley, Idaho, here in Southern Oregon you would have been more likely to catch a glimpse of the famously elusive “OR-7 ” wolf than to see a sweep boat trailered on the road and today you’re more likely to catch a harbor seal swimming in Flora Del flats than see a sweep boat making it’s way through the same stretch of water. But with possession of a sweep boat on loan from Idaho, we took to the Wild & Scenic Rogue River to see how it would handle our backyard river. 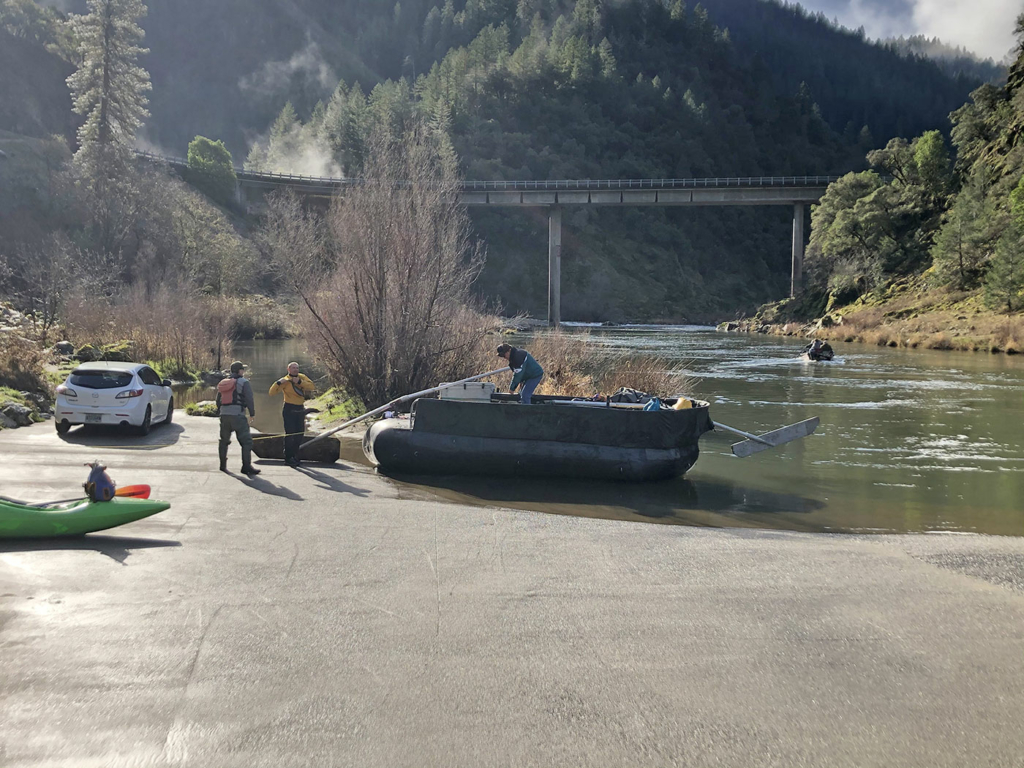 With sunny skies and healthy water levels (the river was running roughly 6,000 CFS in Agness at time of launch), we pushed off at 9:15 a.m. from Grave Creek with the goal of riding the higher flows through Blossom Bar. We stopped briefly to take a look at the fish ladder at Rainie Falls, which presented little issues at this flow. After a smooth ride through the fish ladder, the next challenge would by hours downstream at Mule Creek Canyon. The prospect of potentially bridging the sweep in the narrows of the coffee pot was erased as we sailed through without so much as scraping a wall.

Next came Blossom Bar, the Rogue’s most famous and technical rapid. Fortunately, the higher water level covered many of the common problem rocks. We took the traditional line and made the cut right above the picket fence (which had some rocks above the surface) and weaved our way through the remainder of the rapid. When we reached Upper Halfmoon Bar at 3:30 p.m. we called it quits for the day. 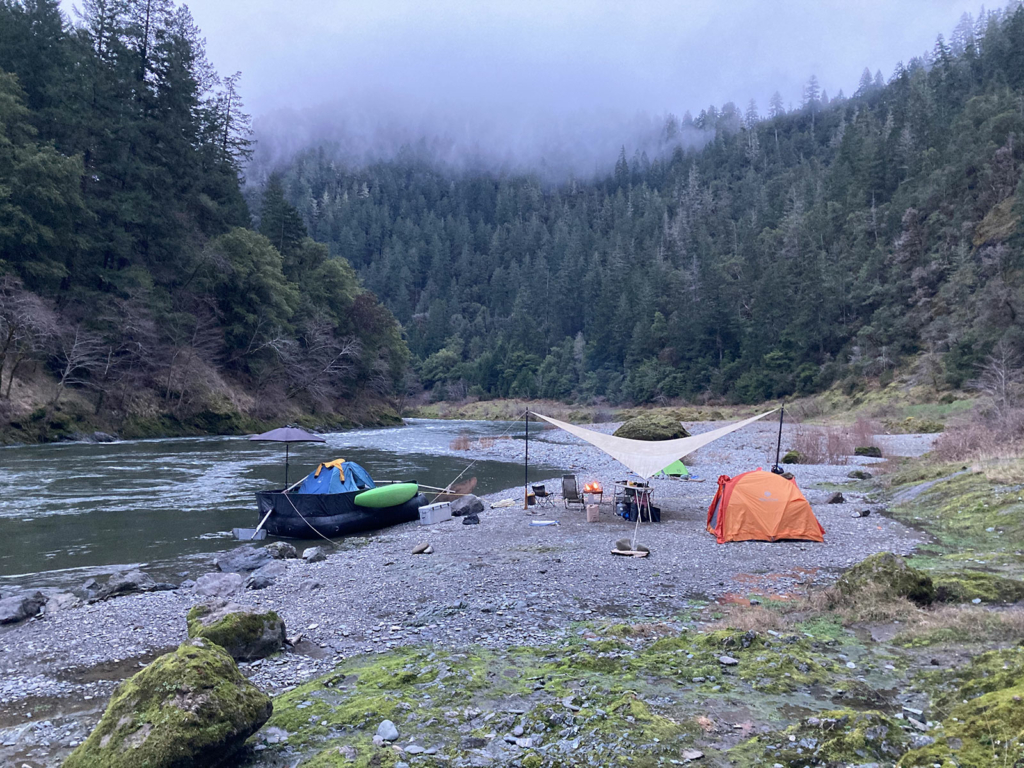 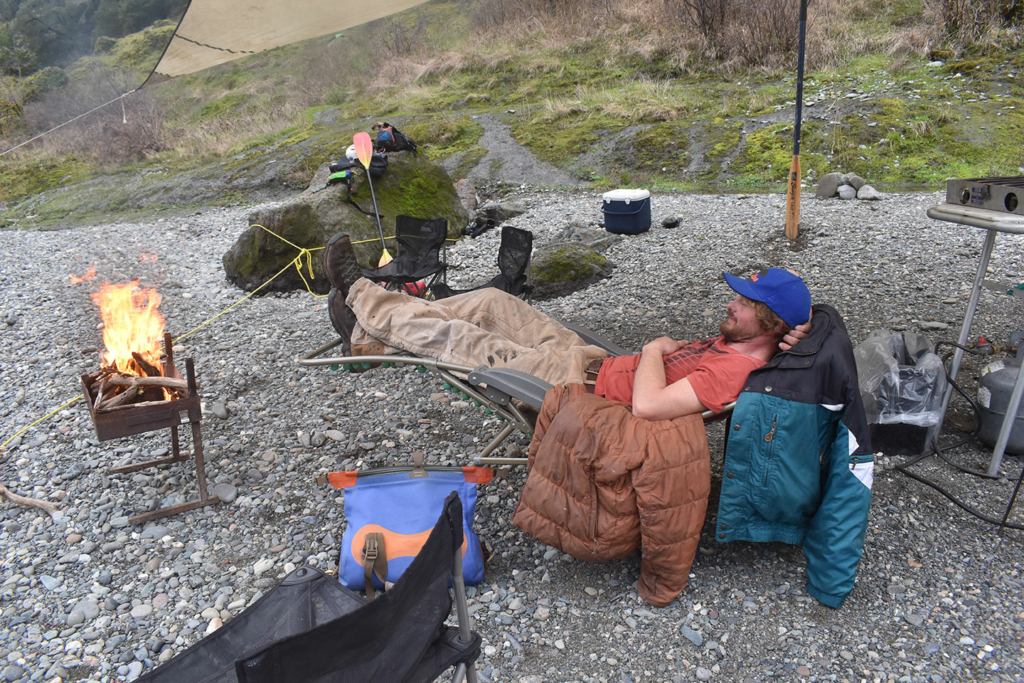 Aaron kicks back at Upper Halfmoon Bar after a long day of sweeping the Rogue River.

The next morning we floated out to Foster Bar, completing our sweep boat adventure at 12:00 p.m. on March 8th. The drive along the coast, up the Smith River, and back to the Rogue Valley brought some strange glances from our fellow Southern Oregonians. We were back in Medford toasting our success by 5 p.m – and perhaps exhibiting delusional optimism for our future sweep boat adventures. 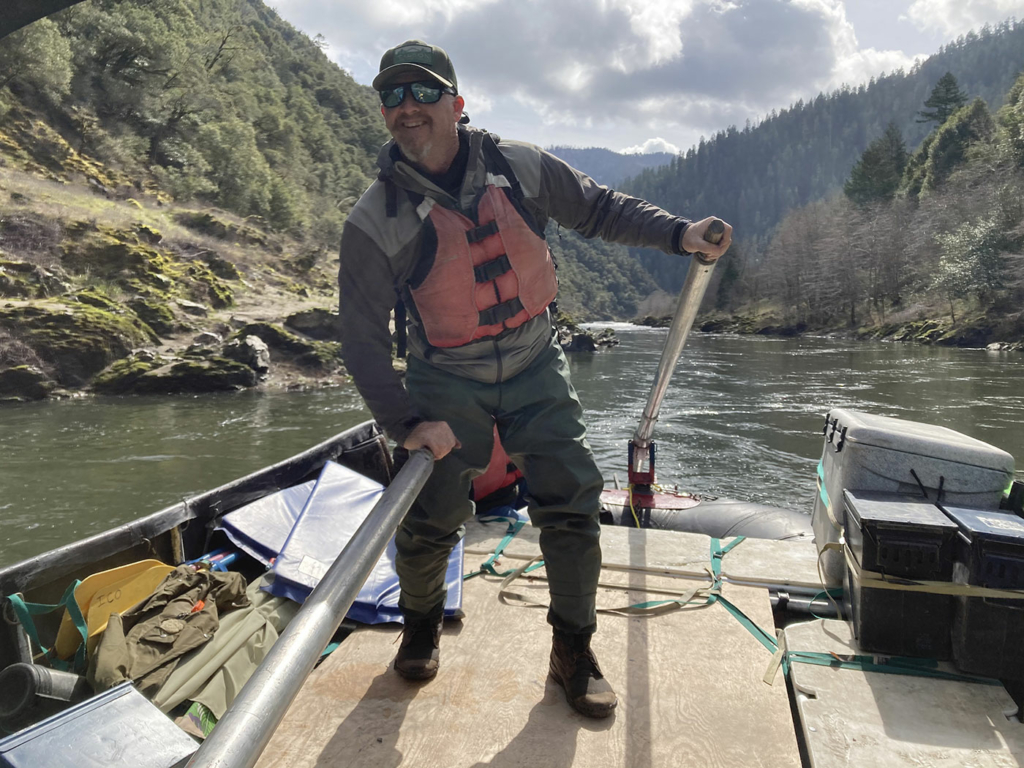 Joe DeMartini runs the sweep on March 7, 2021, on the Wild & Scenic Rogue River.