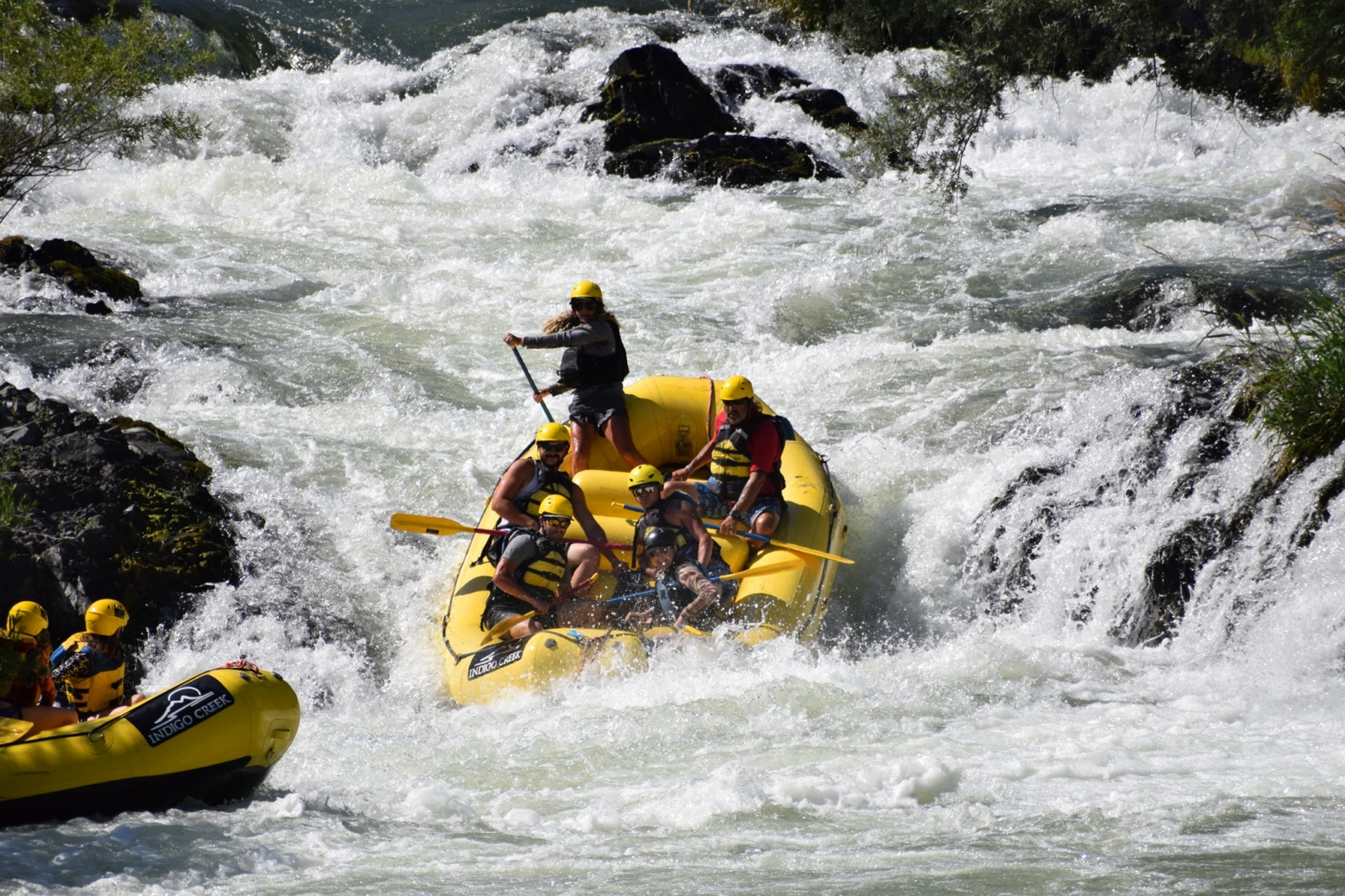 It’s almost our favorite time of year — rafting season! Our season opens in April and we are excited to be on the water again and take you on some amazing adventures. But before we take off, we wanted to share some insight about our beautiful Rogue River.

The Rogue River begins at Boundary Springs near Crater Lake National Park and flows about 215 miles from the Cascade Range to the Pacific Ocean. Known for its stunning natural scenery, salmon runs and whitewater rafting, it was one of the original eight rivers named in the Wild and Scenic Rivers Act of 1968.

The Rogue River flows through the geologically young High Cascades and the older Western Cascades, which is another volcanic province. If you’re in the Kalmiopsis Wilderness part of the Rogue basin, you could see some of the best examples of the type of rock that form the Earth’s mantle. Near the mouth of the river, the only dinosaur fragments ever discovered in Oregon were found in the Otter Point Formation, along the Curry County coast.

But while we love a great rafting trip down the Rogue, make sure to enjoy all of its other spectacular offerings, too!

If you’re ready for a hike, these are two of the most popular trails along the river.

The Upper Rogue River Trail follows the river for about 40 miles, starting from the edge of Crater Lake National Park to the boundary of the Rogue River National Forest near Prospect. Between Farewell Bend and Natural Bridge, the trail passes through the Union Creek Historic District, which has early 20th-century resort buildings and a former ranger station listed on the National Register of Historic Places.

The Lower Rogue River Trail, which is about 40 miles long, runs parallel to the river. Backpackers use the trail for multiple day trips, but it’s also suitable for shorter day trips and hikes. Along this trail you will enjoy vibrant scenery and wildlife. Hikers may also take jet boats from Gold Beach to some of the lodges between May and November.

There are plenty of places to fish in the Rogue River’s bountiful waters. Between Lost Creek Lake and Grants Pass there are major fisheries for spring and fall Chinook salmon, Coho salmon from hatcheries, summer and winter steelhead, and large rainbow trout.

Near Agness, the river produces large catches of immature steelhead known as “half-pounders” that return from the ocean to the river in August in large schools. The lower river has spring and fall Chinook, in addition to perch, lingcod, and crab near the ocean.

A River of Many Wonders

We love everything about the amazing Rogue River — from its rapids, glistening water and thrilling rafting, to beautiful hiking trails and fishing spots. As you prepare for your next spring adventure, we hope to see you on the water. It’s the experience of a lifetime!